Investment is not just about money
...it is also about people 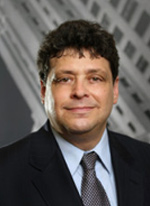 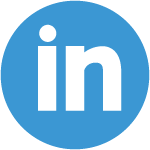 Mr. Sonenshine is responsible for the development of the Group’s business. He is the architect driving the establishment of a Peer to Peer lending platform in Central Europe, under the SymCredit and SymVest brands. He also leads the investment committee for the Symfonie Angel Venture Fund, the Symfonie Lending Fund.

Mr. Sonenshine is the founding partner of the Symfonie Capital, LLC and the Investment Principal primarily responsible for managing credit products focusing on Global High Yield markets both in Western Europe and Eastern Europe. Before founding Symfonie Mr. Sonenshine was Investment Principal at MT Thaler Investment Management. He was responsible for selection of investments in credit instruments, both performing as well as distressed. Prior to joining MT Thaler Mr. Sonenshine held senior credit research positions at Credit Suisse First Boston and ING Bank.
He was ranked among the top analysts in Institutional Investor, EuroMoney and Credit Magazine. Prior to his work as a high yield analyst Mr. Sonenshine was General Manager of ING Investment Management, Czech Republic. Under Mr. Sonenshine’s leadership, ING Investment Management managed approximately US$250 mn and launched three Luxembourg domiciled, Czech Koruna denominated investment funds. These funds were the first of their kind in the Czech market and outperformed their benchmarks. Prior to working for ING investment management, Mr. Sonenshine was senior Equity analyst at ING Barings focused on Russia and Central Europe. Sonenshine earned his CFA designation in 1999. He holds an MBA from the William E. Simon School at the University of Rochester, where he specialised in Finance and Public Policy. He also holds a B.A. in History from Tufts University.

Symfonie’s Partner responsible for business development, marketing and communication, Paul Kucera has been active on CEE markets since arriving from Australia in the early 90s. Within SymVest he is has co-responsibility for pipeline development and partner management for both the Lipa Real Estate and Microbrewery funds.

A recognized expert, he has a wealth of legacy and start-up communication experience. Having been involved in a host of new projects as well as having worked for numerous corporations and brands, he understands intimately both the needs of today’s owner/visionaries as well as top managers.

After 17 years in management roles at Generali and ING Bank, Věra decided to go her own way, utilizing experience from HR, business, fintech and finance in the corporate and startup scenes under her own consulting brand. She have been assisting companies and startups to manage their challenges for close to 10 years, helping founders to manage their companies in a creative manner and engage their colleagues to build sustainable brands. Věra’s passion for numbers, data and structures is combined with a passion for fashion and art, having founded startups EFA+JOBS and CREATiWO and helping other women to “dare to become” via mentoring.