Investment is not just about money
...it is also about people

Our Senior Advisors add an extra layer of experience and depth of knowledge to our firm. They are leaders in their respective industries’ practices. They include our past and present investors, business partners and respected colleagues. They bring to the Symfonie Group substantial expertise, a wide ranging network of professional contact and their candid, unbiased views.

OUR ADVISORY BOARD MEMBERS 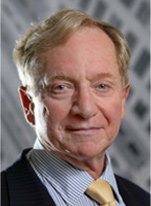 Dr. Anthony Smith is a Chartered Engineer with a strong background in Engineering and Manufacturing. His technical experience includes managerial positions with Rolls Royce Aero Engines Ltd., Digital Equipment Corporation Ltd. and Schlumberger Wireline Services Ltd. His educational background includes a B.Sc., M.Sc.(equivalent) and Ph.D. in Engineering from Imperial College, London, with the focus on Mechanical Engineering, supported by economics and management training. In the USA, Dr. Smith, together with two colleagues, started his own business to develop 50 MWatt (c.a. $50 million) co-generation electrical power plants. Fuel used was either coal or natural gas. He has been an active Angel Investor since 2007. 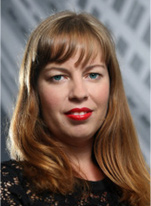 Monika Pisakova has more than fifteen years of experience as a lawyer focused on financial services and public policy. She is in house legal counsel to PayU, which provides payment gateway services to e-shops in Central and Eastern Europe. Prior to joining PayU, Ms. Pisakova was Compliance Officer for the Czech subsidiar of multinational insurance provider AEGON. Ms. Pisakova had a distinguished career in the public service sector. She was head of the legal department for the State Environment Fund of the Czech Republic. She managed a team of fifteen people. In this capacity she supported the Fund’s top management, focusing on preparation and administration of procurement contracts. Ms. Pisakova served nearly five years at the Czech National Bank in the role of Chief Regulation Officer. During her tenure at the National Bank she worked on projects designed to improved clearing and settlements systems in the aftermath of the banking crisis of 2008. She also worked on several projects in the area of international and national capital markets supervision and regulation. In this capacity she provided legal opinions in response to queries from law firms, banks, and investment funds. Ms. Pisakova was also seconded to the European Central Bank where she worked on pan-European regulatory issues. Ms. Pisakova began her legal career with the Czech law firm Balcar Polansky Eversheds, where she drafted legal opinions in the area of corporate law relating to administration of receivables. Ms. Pisakova received her MBA from the University of New York in Prague. She has a post-graduate Masters degree in law from the Johann Wolfgang Goethe University in Frankfurt am Main and Masters degree in law from the Pavol Jozef Safarik University in Kosice. 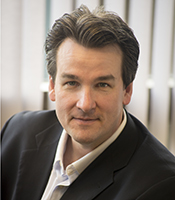 Dr. Nabors is a high technology executive and political scientist. He is Fund Manager at the Alaska Accelerator Fund. This pioneering project is the first seed capital fund in Alaska. Dr. Nabors is a seasoned entrepreneur who is passionate developing and supporting startup companies. He was co-founder of a behavioral informatics company, co-founder of an online consumer information company, and the lead inventor for a patented online automotive bidding system. He also served on the founding executive team of Learning.com in Portland, Oregon an innovative provider of internet based educational services. Having completed his doctoral thesis in political science at the University of Oregon Dr. Nabors joined the faculty at University of Alaska as Assistant Professor of Political Science. His current scholarly research is focused on the changing character of American government leading up to the Civil War and Reconstruction. 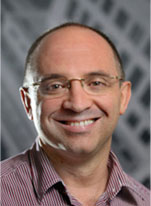 Yuri Vasiliev has more than 20 years of experience as an entrpreneur, lawyer and economist. He is founding director of the Audar group of companies, which provides accounting, advisory and legal research services to businesses and governments in Russia. Under his leadership Audar developed one of Russia’s largest and most comprehensive databases of legal opinions, legislation and regulations. Mr. Vasiliev has PhD in Economics from the Russian Foreign Trade Academy. 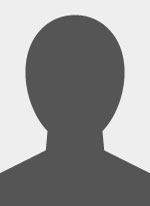 Mr. Naves has more than 25 years of experience in investment and corporate banking, global investment management; strategy, trading, marketing and sales, administrative procedures credit and project management. Aside from his work with Symfonie he is an independent advisor and consultant to multinational banks such as ING. In this role he has been in charge of two large successful banking privatizations in Serbia and is presently managing a banking IPO project in Tanzania. He also acted as an advisor for risk and capital management, mergers and acquisitions and other financial and capital market products, serving in Macedonia, Poland, El Salvador, Indonesia, the Philippines and Egypt. From 1983 till the end of 2002 he worked for ING Bank and was a pioneer of the global emerging markets debt trading. He managed INGs trading operations in Amsterdam and Sao Paulo. From 1988 onwards he was based in the London mainly focused on Central and Eastern Europe. He built a primary and secondary emerging market Eurobond and Equities trading and sales activity, loan syndications, forfeiting, structured finance and initiated trading of derivative instruments. During his London period he was INGs Global Head of Fixed Income, Head of the Emerging Mediterranean European African Equities product which included all research, sales and trading, member of INGs regional management team as well as the global and regional credit committee. Mr. Naves holds a degree in law from the Erasmus University of Rotterdam, the Netherlands.

r. Klein has more than 20 years of experience in corporate finance and treasury management. He held various management positions at General Motors Europe and subsidiaries thereof. During his tenure at General Motors he managed multi-billion dollar foreign exchange currency portfolios, implemented treasury reporting systems across subsidiaries and was responsible for real estate development, acquisition and disposition. Mr. Klein began his career at AT Kearny Management Consultants in Germany, where he worked on manufacturing projects in the automotive, glass, chemical and logistics sectors. In addition to his native English language he speaks German and Russian. He holds a Masters Degree in Business Administration from the Wharton School of Business at the University of Pennsylvania and a Bachelors Degree in Economics from the University of California at Irvine.